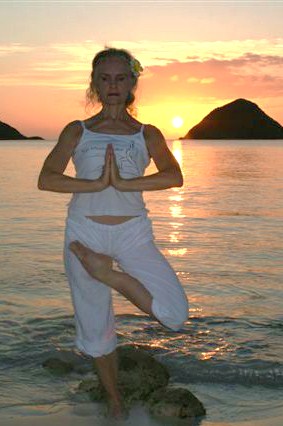 Because of the yoga variations swirling around today, I hope the following list will enlighten the student to a deeper understanding of this interesting and sometimes confusing topic.
- L. DiGrazia, Director, Yoga School Kailua, 2001

The Yoga systems - Direct experience is the goal of yoga; awareness of what is real, free of the constraints and fluctuations of consciousness. Mastering of the forces of the universe, surrendering gross vibrations of the external world to refine the vibrations of the internal and then to become one with the subtle vibrations. This is a sample of the "kinds of yoga," but not a complete list. Like the sects of Protestantism and other Christian sects, for example, they are almost too numerous to list, and like other human-made systems will continue to expand in number. The types of yoga below, are the most notable, historical, or the ones we hear most about today.